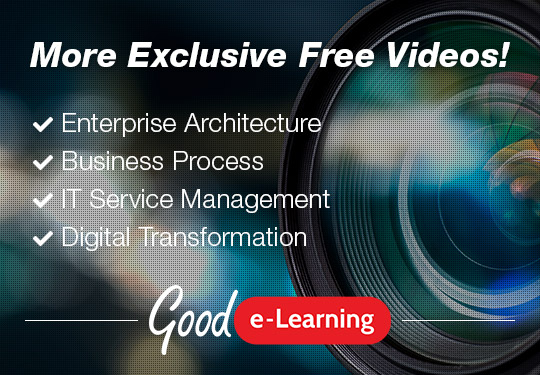 In 2017 AXELOS, the current owner of ITIL, announced a major update: ITIL 4. Naturally, the global community of ITIL practitioners had plenty of questions to ask, such as:

With these questions in mind, let’s take a look at exactly what you can expect from the newest version of ITIL.

The updates to ITIL 4 are based on the most common hang-ups that practitioners have with Version 3, namely:

The development of ITIL 4 has been community driven. Despite what critics claim, the number of ITIL practitioners and students around the world has only continued to grow over the years, giving AXELOS plenty of help in producing a new version that works better for everyone. Its ‘Global Research Programme’ already boasts over 2000 members from the likes of Apple, Microsoft and even Disney!

This collaboration has also given AXELOS more perspective on how the ITSM community operates. This is why it has also enabled the likes of Agile, Lean and DevOps to be incorporated into the new ITIL framework.

What are the biggest changes from ITIL V3?

Axelos has specified that existing certifications in ITIL V3 will still remain valid after ITIL 4 is introduced. This will allow ITIL-certified professionals to keep practicing without having to retake their exams.

However, the new version will also introduce a great deal of new examinable content. Much of this will be to do with new best practices and greater integration with other frameworks and systems. In other words, those who are currently studying ITIL V3 will miss out on a lot of what makes up the new curriculum.

Changes to the ITIL certification scheme

ITIL V3 had students collect credits in order to qualify for higher level certifications. ITIL 4 will change things up quite a bit, and so students of Version 3 will need to consider their options carefully.

ITIL 4 will keep the Foundation module as its entry point, introducing students to ITIL’s terminology, elements and concepts. After passing this module, students will have a choice of certifications to work towards: ‘ITIL Managing Professional’ or ‘ITIL Strategic Leader’. In order to reach either level, students will need to complete all of the relevant modules within each stream.
Once a student has achieved the two intermediate ITIL certifications, they will then be eligible to start working towards the level of ‘ITIL Master’.

Can I transition from studying ITIL V3 to ITIL 4?

Yes you can, depending on how far along you are with your studies.
If you have just completed the ITIL V3 Foundation module, your most efficient course may be to start from scratch. Remember, ITIL 4 will introduce new examinable content at all levels, so it will be best to start your transition now rather than investing time in out of date modules.

Students who have achieved several ITIL V3 credits are advised to keep going until they have a total of 17. This will allow them to take the new ‘ITIL Managing Professional Transition’ module, which is designed to bridge the gap between ITIL V3 and ITIL 4. Students who have already achieved the level of ITIL Expert will be eligible to take the transition course immediately.

Once students pass the transition module, all they will need to do is pass the ‘Digital & IT Strategy’ module in order to pursue the new ITIL Master certification.

When will ITIL V4 be released?

The release of ITIL 4 will be staggered across 2019. The ITIL 4 Foundation is available now. The remaining modules, including ‘ITIL Managing Professional Transition’, will be released in the second half of the year.

Interested in learning more about how ITIL can help your business, or what ITIL 4 means for you? Contact a member of the Good e-Learning team today!

Related ArticlesMore By This Author

What Is the Relation Between ITIL and PRINCE2?

What Do ITIL Practitioners Need to Know About the Cloud?

Why is Sustainability Important in ITSM?

Investing in Online Training for a Team or Department

How to Manage Complex Change

Why Invest in Sales Training?

IT4IT and The Third Platform

Video: TOGAF 9.2 – Everything You Need to Know

What Is a Cyber Attack and How Can It Impact Your...

What Is the Relation Between ITIL and PRINCE2?

Cyber Resilience as a Business Priority

How to Use Swimlanes Correctly in BPMN

What Is a Cyber Attack and How Can It Impact Your...